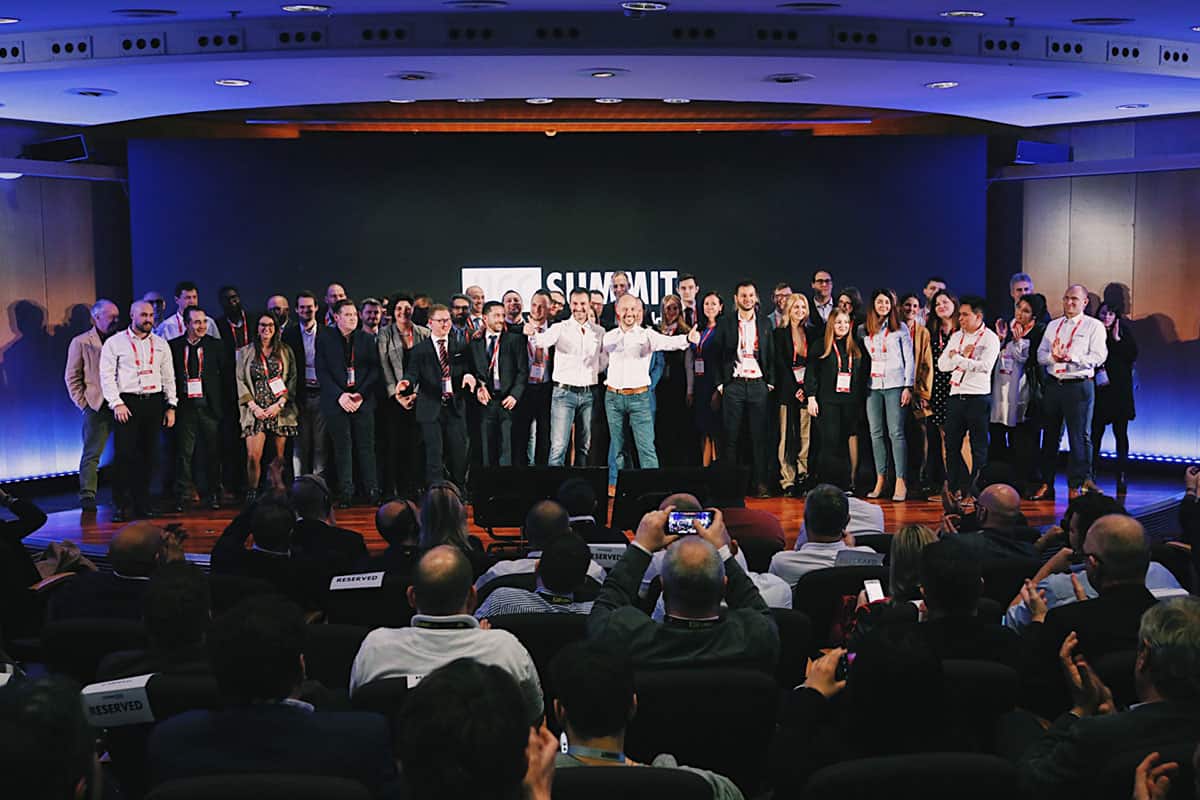 In early February the UCC Summit, organized and sponsored by Wildix, brought together top partners from around the world to take stock of developments in Unified Communications and Collaboration (UCC) with the support of analysts from Forrester, CompTia and Cavell Group, and ValueSelling sales experts. The 2020 gathering also featured special guest appearances by David J. Anderson and Alexei Zheglov, founders of the first international school dedicated to Kanban (a workflow management method that was created by Toyota in Japan and has since radically changed industries all over the world).

The UCC Summit is a unique opportunity for System Integrators (SIs) and Managed Service Providers (MSPs) from around the world who are interested in increasing their business in UCC and better understanding how to adopt a complete “As-a-Service” offering.

The 2020 UCC Summit took place simultaneously in Barcelona, Spain for EMEA Partners and in Dallas, Texas for North American Partners.

Milan, February 3, 2020 – The exponential spread of Cloud-based services requires SIs worldwide to immediately begin changing to As-a-Service sales models. The market demands that businesses move at a rigorous pace, and the decline of traditional sales models threatens to leave many players in the IT industry bankrupt. Every year, thousands of companies are forced to close their doors due to competition from major global brands that bypass installers and bring Cloud offerings directly to end-users. It is therefore pivotal that SIs and MSPs unite under an international brand that can offer a solid, secure partnership and convert their customers to the most complete As-as-Service solutions available.

This is the message that Steve Osler (CEO of Wildix) and Robert Cooper (General Manager of Wildix USA) delivered to the UCC Summit’s audience, which consisted of over 400 MSPs and SIs from around the globe.

“It is now a fact that System Integrators must move to the Managed Service Provider model — which means OPEX and As-a-Service sales — in order to survive,” comments Steve Osler, CEO of Wildix. “What many people don’t know is that this paradigm shift has introduced new threats to Partners’ survival. Large vendors providing solutions in the Cloud and As a Service disintermediate their offer and target the end user, skipping a key link in the chain — namely, the Partners. The partnerships they offer are mere agency contracts; they have no interest in growing an ecosystem. This year’s UCC Summit is designed to offer winning strategies against these new enemies to your business.”

The second iteration of the UCC Summit, organized and sponsored by Wildix, provided Partners with the formula to fight this new enemy. This strategy is a mix of technology, cutting-edge As-a-Service offerings and support from a worldwide network of professionals who are committed to forming strong partnerships.

The UCC Summit also gave attendees a chance to consider business models that can guarantee a winning future for MSPs and SIs. As-a-Service sales were emphasized as the linchpin for professionals in this sector.

“The OPEX model of As-a-Service sales means to survive and succeed in the future,” said Gilles Guiral, Country Manager for France and Spain, “but if this scheme already works for software, thanks to licensing, then the current challenge is in Hardware As a Service. An As-a-Service offer that combines software and hardware guarantees recurring revenue and therefore future growth.

New enemies coming from the market can be defeated only by using this 360-degree proposal.”

New “weapons” were presented to Partners in the audience, directly from Wildix’s Research and Development department.

First, there was Wizyconf, the first professional easy-to-use video conference station, which has now made an incredible leap forward thanks to the addition of touchscreen monitors.

Wizyconf runs on Chrome OS and takes advantage of WebRTC technology, allowing it to instantly fix problems with updates or driver compatibility. Designed to be approachable even for non-tech savvy audiences (its conference rooms take only 30 seconds to configure), Wizyconf is also the most secure conference station on the market, as its technology guarantees complete protection against any form of hacking. The Wizyconf unit consists of two webcams. The first is a 4K Ultra HD static device with a wide viewing angle of 120 degrees and a high-quality autofocus function. The second camera is a PTZ device with 12X optical zoom that has now become “smart”; it automatically zooms in on the person who is talking and will follow their movements within the conference room. The unit’s two HD microphones provide exceptional audio quality, feature an inconspicuous design and can be installed on the ceiling or a desk. Wizyconf connects workspaces and creates interactive virtual environments where people can collaborate, share documents, talk and see one another. This all comes complete with the assurance of integrated hardware and software and the security of Wildix’s 100% secure-by-design technology. The new Wizyconf design presented simultaneously in Barcelona and Dallas is the first professional, easy-to-use video conference station on the market, and the unit can also create shared virtual work environments that users can access within just 30 seconds.

Another decisive update presented during the UCC Summit 2020 concerns mobile devices. “Unified Communication must function mobily,” explained Dimitri Osler, CTO, “otherwise we can’t really talk about UCC.” That’s why Wildix is unveiling implementations within the Collaboration App, an application for iOS and Android, that allow tens of thousands of customers to work from any location each and every day. After the new, elegant and understated design was introduced in early 2019, the layout was finally shared in full in 2020. The Collaboration App will now launch with a Group Chat feature, ensuring that you won’t miss a single update from your team. It will be possible to create groups, forward messages, send reactions (likes, dislikes, etc.) and tag members during a conversation, with the software from both Android smartphones and iOS devices fully syncing with the desktop version. Document sharing has also been improved to allow users to upload files directly from their smartphone’s galleries or archives. Furthermore, chat history will be easy to access, as is usually the case on the desktop. A gem of a feature has also arrived for iOS smartphone users: now, iPhone users can manage a videoconference directly from their Safari browser. The capabilities included in iPhone-managed videoconferences are the same ones available on the PC, such as a camera (the smartphone’s built-in device) as well as screen and document sharing.

Wildix is the first UCC system to increase productivity and efficiency for Partners and customers. That’s why Osler’s team has added new features to their most powerful weapon: Wildix Kite, the first professional WebRTC-based solution for business-oriented communication that brings UCC directly to the customer’s website. What does this mean? It means that, with Kite, a website’s visitors can call, video call, screen share, send documents and chat with the corporate figure they are looking for without wasting time going through a PBX. Kite shows each contact person’s current status (available, busy, absent, on call or in conference) and puts the customer in touch with them through a simple click. Today, Kite has been enhanced with SMS notifications. If a contacted customer does not answer their mobile phone, this new feature will automatically send them an SMS notification containing a link where they can communicate through Kite. 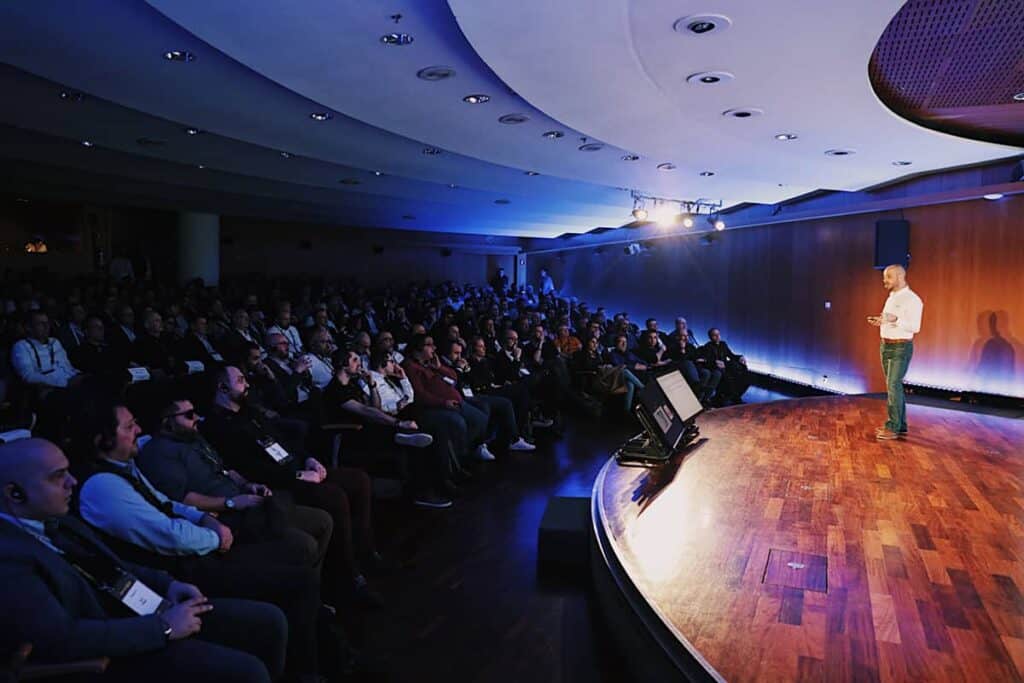 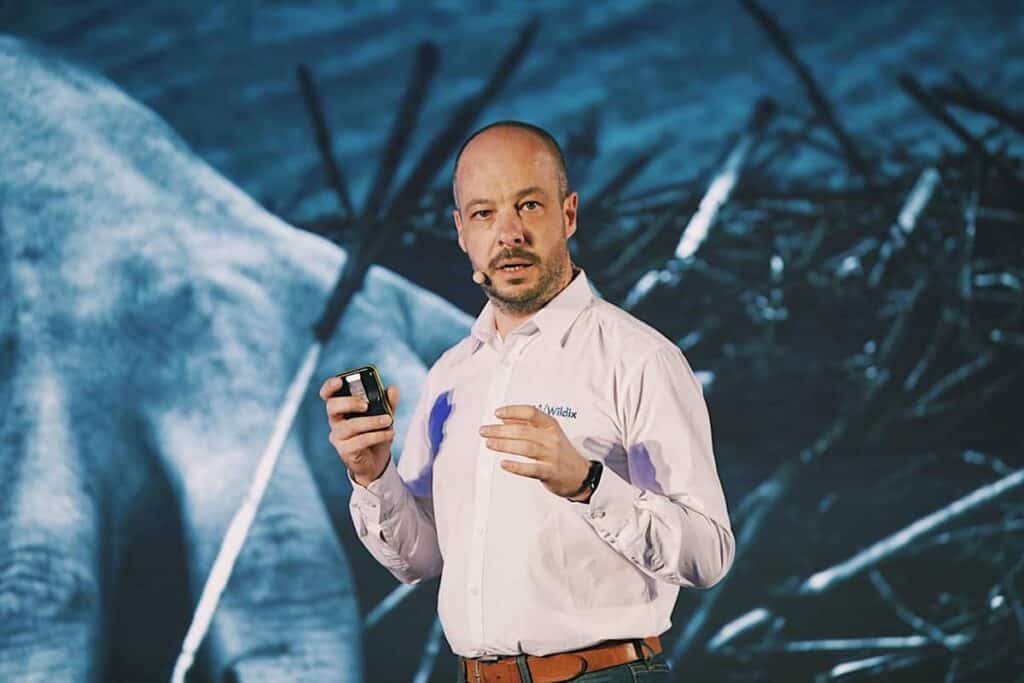 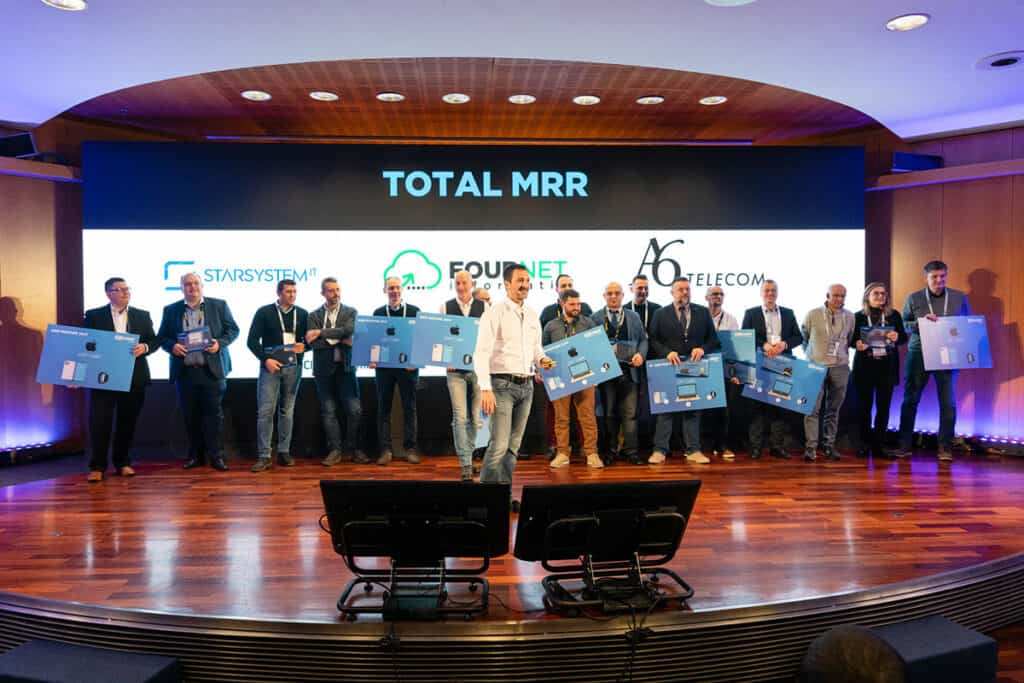 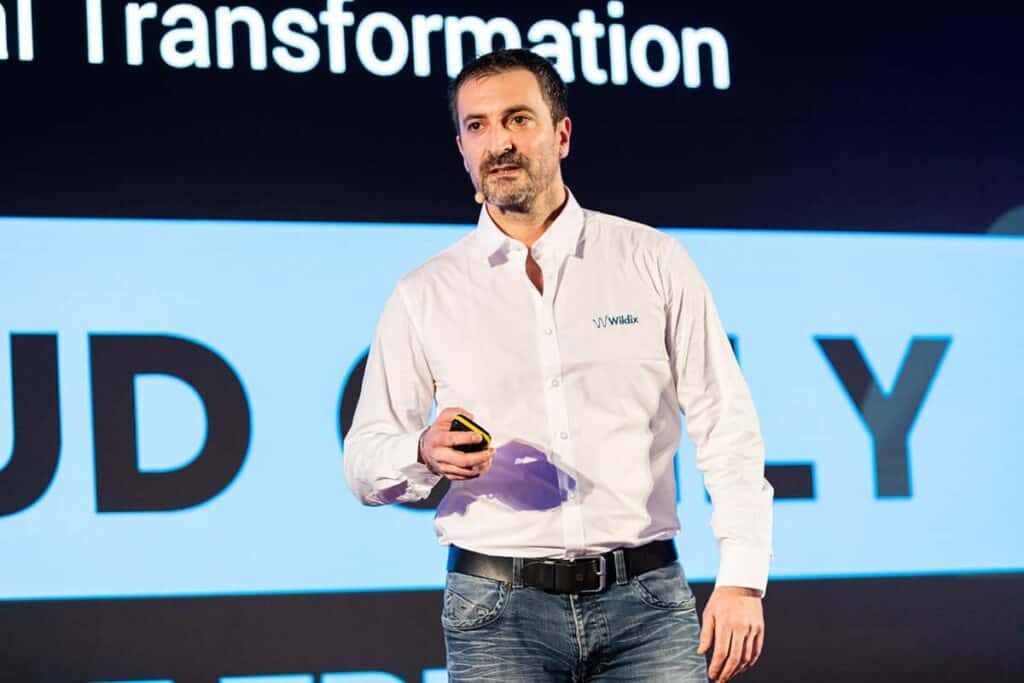 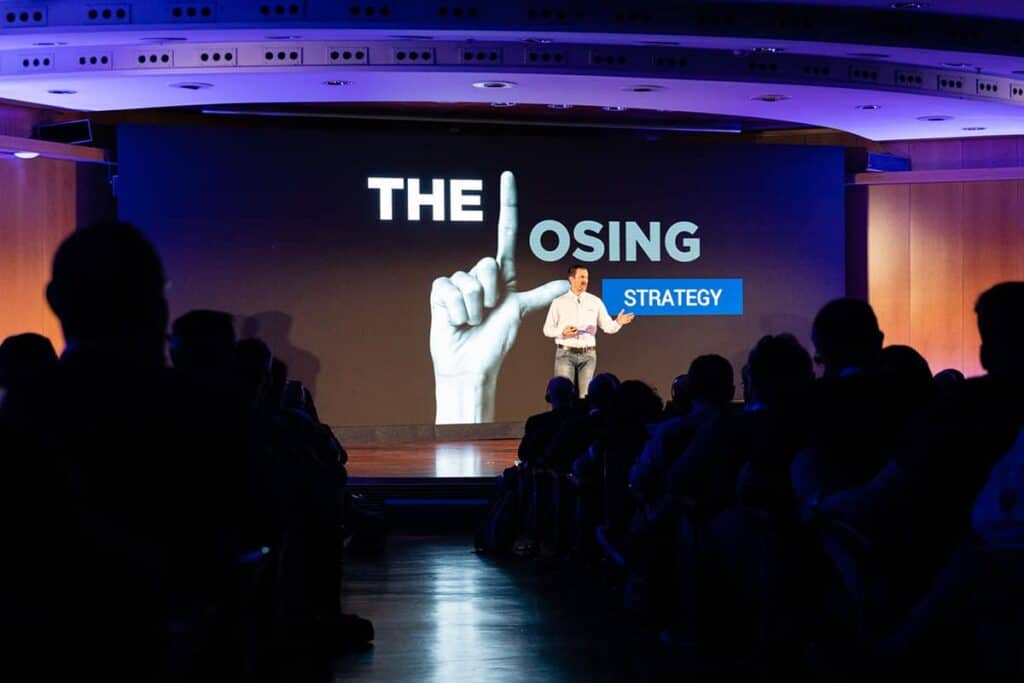 For more information about the summit, please visit:
www.uc-summit.com