Wildix Convention: the future of UC&C lies in WebRTC technology

This year, the Wildix Convention – now in its tenth edition – brought together the world’s best partners to take stock of developments in Unified Communications and UC&C services in the Cloud. The innovative Wildix Huddle solution and Vision phone have also been introduced, making the emerging trend of Huddle Rooms and video conferencing and video calls, even more effective.

The Wildix Convention was held in Venice on January 12, in the prestigious setting of the Hilton Molino Stucky Hotel in Venice, bringing together the best partners from all over the world: Europe, the United States and the East. The event was a success; not only because of the number of attendees – 471 participants, 354 System Integrators from 12 countries around the world – but also because it developed as the first real summit on Unified Communications, an increasingly strategic asset of a winning business.

The CEO of Wildix, Stefano Osler, opened the Convention by presenting the company’s annual results, which this year closes with a double-digit increase in turnover in each of the historical countries (Italy, France and Germany). Following the trend of recent years, in 2017 the economic data grew tremendously, by 58% overall – remarkable in comparison with 2016 (32%) and 2015 (19%).
Dimitri Osler, Wildix’s CTO, presented the technical innovations for 2017, focusing on WebRTC technology, increasingly seen as the future of Unified Communication and Collaboration (UC&C).

THE FIRST PICTURES FROM THE EVENT: 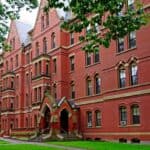 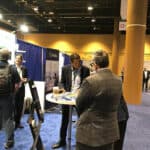 Wildix participated at Enterprise Connect for the first timeNews INT