Centrale Attività Finanziarie S.p.A. is an independent service agency, for third parties, who manages residential mortgages, commercial loans and consumer credit, both performing and non-performing. The total of the assets it manages is equal to 5.8 billion Euro, as of June 30, 2014. The company has a main office in Rome and in addition two offices in Milan, where the future development of the company will be concentrated.  During the 2013/2014 two-year period, the assets managed were increased by approximately 200%, consequently the number of resources employed increased significantly reaching 180 people, with further growth prospects during the next few years in function of the market development which is expected in parallel with the increase in non-performing loans.

CAF activity is based prevalently on specific operational workflows, from which reports on the activity carried out by the single operators are generated, particularly through telephone activity, which constitutes therefore a central aspect of their work.

In order to therefore improve the management of this important operations instrument, starting in 2012, CAF substituted its Siemens PBX with a Wildix Multimedia System.

Fabrizio Magliocchetti, IT Manager for CAF, tells us, “After an initial trial period we realized that it was exactly what we were looking for.  So, with the growth of the company, we decided to focus completely on the Wildix VoIP system.”

The installation today consists of a Network for the three locations able to manage over 400 extensions.

From the beginning of 2014, CAF decided, additionally, to further improve their own technological system, to offer an innovative, highly professional and efficient WiFi connection service both for monitoring phone volume data for the offices and in compliance with the privacy policy for each client.

This requirement comes from both managerial motivations, with the specific goal of improving the performance of the individual workers, and from improving their own standing, by focusing on technological facilities which incorporate the highest standards of reliability and security in support of the rating processes which the company is held to by  Standard&Poor’s agency.

Obtaining excellent performance was possible thanks to Overlay, the Wildix WiFi system.

The Overlay system works like a single Access Point and guarantees continuity of communication and data traffic. A solution which eliminates roaming problems and which ensures the quality and stability of WiFi communication.

Overlay allows for uniform connection coverage in various rooms of the historical building in the center of Rome, of which CAF S.p.A. occupies 3 floors, each approximately 500 m2, therefore overcoming the difficulties that a historical building, with very thick walls and very high ceilings, would implicate.

The experience revealed itself to be decidedly positive, in a situation in which WiFi coverage of diversified areas was not thought possible, and the clients can take advantage of quick internet connection.

In fact, it is possible to rapidly create an access account to the WiFi system which is personalized for each guest, by sending the personal credentials directly to a mobile phone and maintaining at the same time total network security.

Through the same interface with which the administrator configures the phone network, it is possible to access detailed historical data of the connections made, obtaining as such a quick and efficient monitoring system, while always in accordance with the privacy policy, which the company is very careful about, even with the involvement of specific functions of internal control.

Fabrizio Magliocchetti comments on the system like this: “The company is constantly exposed to external audits, by clients who are accustomed to dealing with the best IT and communications systems, as it deals with investment banks and foreign funds, whose clients are the most important service agencies, some of which manage assets much superior to those managed by CAF and which operate under the control of different international authorities.

The results of the inspectional visits were definitely positive and the updates of recent years, even as a result of the implementations researched with Wildix, have certainly contributed to improving the perception of the company by the auditors.”

THE COMPANY IS CONSTANTLY EXPOSED TO EXTERNAL AUDITS, BY CLIENTS WHO ARE ACCUSTOMED TO DEALING WITH THE BEST IT AND COMMUNICATIONS SYSTEMS… THE RESULTS OF THE INSPECTIONAL VISITS WERE DEFINITELY POSITIVE AND THE UPDATES OF RECENT YEARS, EVEN AS A RESULT OF THE IMPLEMENTATIONS RESEARCHED WITH WILDIX, HAVE CERTAINLY CONTRIBUTED TO IMPROVING THE PERCEPTION OF THE COMPANY BY THE AUDITORS.

Fabrizio Magliocchetti,
IT Manager for CAF 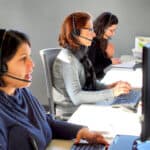 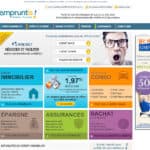