Boasting a wealth of experience as an established telecommunications company, BTS Communications has shown that they’re more than capable of adapting to market changes through their partnership with Wildix.

BTS was initially founded in 1978, then underwent new ownership in 2011 when it was purchased by Loren Cleveland, formerly a technician for the company. After this change, however, problems arose as the vendors they had previously used began losing reliability in the market.

“The other companies kind of pulled their products away from us,” Mr. Cleveland explained. “We were an Iwatsu dealer for 30 years, but they quit making their stuff in 2014. Then we moved to ESI — that turned out to be a nightmare. We turned to Samsung, but just recently, two years ago, they pulled out of the market.”

But in 2018, BTS was first pitched the opportunity to sign on as a Wildix Partner.

“When I was first approached about becoming a Wildix partner, I had my hesitations. I was told I needed to partner with a vendor that was capable of moving me toward the future; I need to be able to do business on a different level.

“Well, I have to say that Wildix has absolutely delivered,” he continued. “The days of having an onsite PBX or hardware are slowly coming to an end, and Wildix has provided a product that will help us stay relevant.”

Being won over to the forward-thinking model Wildix represents, BTS signed on as a Wildix Partner in December of 2017. Results were quick to follow.

“Wildix really brought us a good fighting chance against those other systems,” Mr. Cleveland said. “Wildix is competitive. I thought, ‘we can make some money on it.'”

One of the primary ways BTS sought to increase profits was through recurring revenue, with increased MRR cited as a current goal for the company after partnering with Wildix. But Mr. Cleveland also explained that Wildix’s unique confidential pricing feature further enabled BTS to remain competitive in the current market:

“I like the flexibility that I have [with pricing]. I like that my customers can’t get on the internet and find a price for anything. I think that’s given me the competitive advantage.”

Additionally, the tech support form Wildix has been significantly helpful for BTS.

As Mr. Cleveland explained, “I think the tech support from Wildix is wonderful. Jerry and the team over at Wildix are very responsive and aren’t afraid to roll up their sleeves and really tackle the problems head on.”

All in all, it appears that BTS Communications is set to use Wildix to meet market challenges for the foreseeable future.

“I’ve never seen a system in the past that does what Wildix will do,” Mr. Cleveland said. “Now, it’s the only product we’re dealing with.” 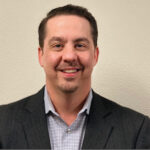